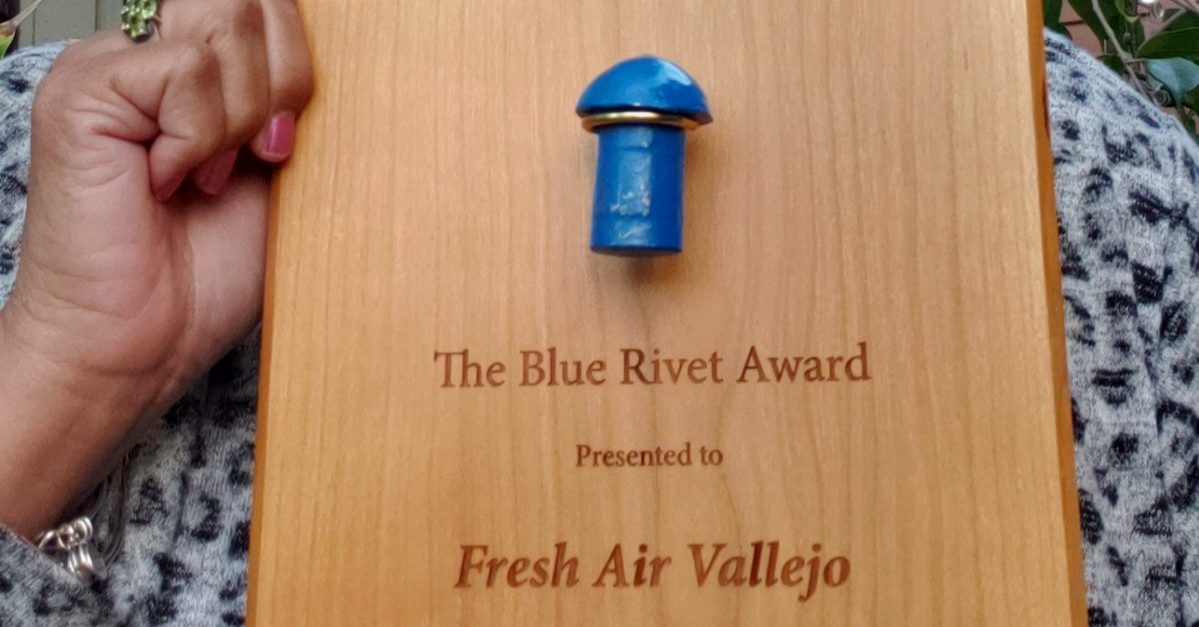 “Though some of us have worked for the environment and Environmental Justice over many years, this is the first time Vallejo has been publicly recognized in the Bay Area for this work. “Vallejo citizens first heard of the cement factory proposal in 2015. The proposal was defeated in May of 2019. The proposed cement factory, and an adjacent deepwater marine terminal, would have brought tons of toxic material to South Vallejo to be ground into cement. Pollution, noise, traffic—and the injustice of placing the facility in a neighborhood already suffering from exceptionally high rates of asthma and cancer—were the cornerstones of Vallejo citizens’ opposition. The Blue Rivet Award represents efforts by businesses and community members who join together on behalf of a healthy San Francisco Bay—just like the rivets of the Golden Gate Bridge, which join the structure together and hold it up. Past award recipients include community activists from No Coal in Oakland and former California Assembly Member and Senator Loni Hancock. “Fresh Air Vallejo continues to work for Environmental Justice in Vallejo, and looks forward to working with our City for a development of this waterfront area that aligns with the vision and values of the community.” Read Article at Bay Keeper