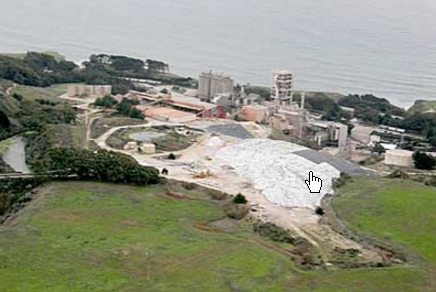 In Davenport, California, a slag mill owned by Cemex Corporation was shut down permanently on March 2010 after dust from the plant spread carcinogenic chromium-6 all over town. That’s the same chemical that caused cancer deaths in the movie Erin Brockovich. www.brockovich.com

Orcem tells you that the Davenport cement plant is different from theirs and should not be compared with it. On the surface, that is right because Davenport cement plant included quarry operation and Orcem’s plant will not. However, both plants will grind slag to fine power and add them to portland cement. What Orcem fails to tell you is that the eventual shutdown of the plant was due to toxic chromium-6 found in their slag.

During the time when Cemex was trying to lower its chromium-6 impact to Davenport, Satish Sheth, head of manufacturing on the U.S. west coast for Cemex, said at the time that the plant would cease using mill scale and steel slag, since these byproducts of steel manufacture, in use since 2001, are suspected to be the source of the chromium-6.

Since slag is an industrial waste product, different batches will have different content. Some of them may be toxic. Too often, when industrial contamination strikes a community, many lives have been lost before the cause is identified and the polluter is forced to stop.

Clinker, which Orcem also will grind, can also be contaminated with toxins.

The health risk of slag – an industrial waste product
https://freshairvallejo.com/the-health-risk-of-slag-an-industrial-waste-product/