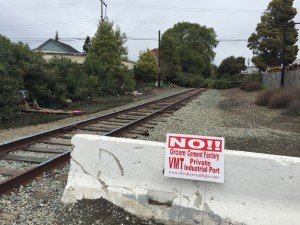 Where are We in the Process?

Many people have asked, “Where are we in the overall process and what will happen next?”

To see the detail schedule of all meetings, comments, draft and future/final reports, go to the City website link below. Here is the short version:

This means now is the time to raise awareness of the problem with all our friends and neighbors and appeal to our city officials to reject the project at the upcoming June 2016 hearing.

Meanwhile, the Propel Vallejo General Plan Update that shapes our future as a River and Bay City is also in progress. This multi-year planning process outlines a positive vision for South Vallejo. Please read up and support this important work. http://propelvallejo.com

Sign up for news letters for key upcoming events.