Baykeeper: Say No to Coal Pollution in the Bay 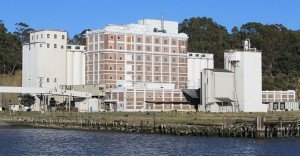 Fool me once, shame on you. Fool me twice, shame on me. It looks like developers are trying to fool all of us who love San Francisco Bay—twice.

For the second time in less than a year, development threatens the Bay with contamination from coal.

Developers are proposing to build a shipping terminal on the shore of Mare Island Strait in Vallejo. They may be trying to pull the same trick that an Oakland developer used: get permits to build the shipping terminal first, and then wait until later to admit that it will be used to export coal.